Bikes, planes and a whole lot of coffee: a 2015 retrospective 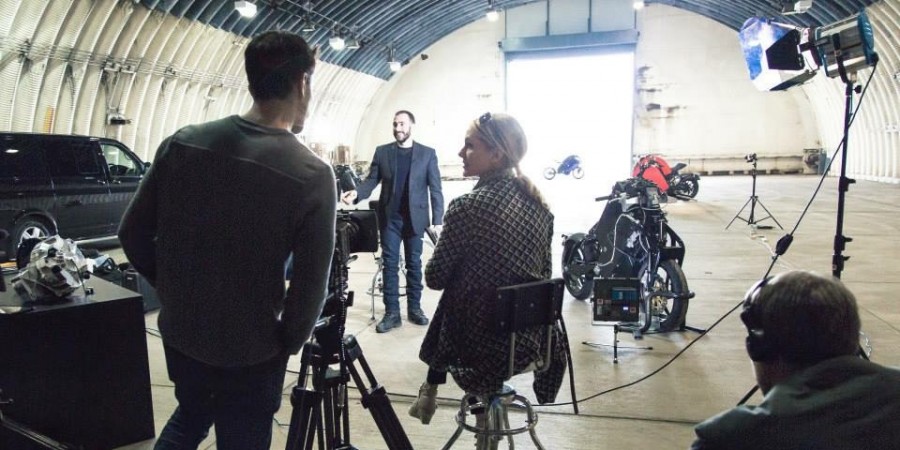 We like to mix it up here at Ink & Air. As writers and filmmakers our work is pretty diverse at the best of times – and that’s precisely the way we like it. But in 2015 we reached new heights in terms of client diversity, picking up projects from an electric motorbike brand, a vintage plane company and a large and very well known global coffee brand.

Come spring, we were well underway with pre-production for a series of films for Saietta Group, a world-leading designer and manufacturer or electric motors and motorbikes, with a vision to change the face of electric motor technology. We love a bit of tech here at Ink & Air – and you don’t get much more technical than the brilliant team at Saietta and their pretty mind-blowing bikes. We spent four days filming at their Oxford HQ: an amazing disused RAF airbase roughly five times the City of London, with miles of roads and runways at our disposal for filming on track. We loved these shoots and we’re pretty proud of the end results. We also went on to write all of the copy and content for Saietta’s website. Here are a few behind-the-scenes shots from the shoot, but you can see the final films on here.

Late summer saw us filming in London and Bridgend for Starbucks UK, to produce a film for their Partner Communications programme. During filming, as well as drinking our bodyweight in coffee, we interviewed a number of Starbucks employees from across the business, talking to them about the differences and similarities between equity, franchised and licensed stores. We love working with ‘real’ people and we’re really pleased with the final film – as were Starbucks!

By October, we were getting our kicks not from coffee by from pure adrenaline, in the cockpit of the last surviving Hurricane plane from the Battle of Britain. Hurricane Heritage, which now owns this beautiful WWII veteran, asked us to develop their website and produce both written and filmed content for their site and social media channels.  This was a fantastic opportunity to help create a brand’s identity and presence from a blank sheet of paper – and we look forward to producing lots more great content for them over the coming year.